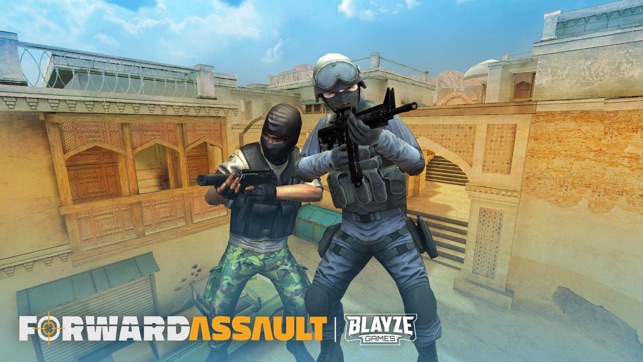 By being a Forward Assault player, it is imperative that you are well-informed of the game’s rules and abide by them.

Forward Assault has a zero tolerance policy on hacking in any way. Regardless of the type of hack you use, how much of an advantage it gives you over legitimate players, and how long you have used it, you will be permanently banned if valid evidence has been found, proving that you hacked.

Exploiting map glitches to gain an unfair advantage over others

Glitchers will be temporarily banned for a few days if you are caught glitching on any spots that make it difficult or impossible to kill you.

Anything sexual, racist, or can be considered offensive by anyone will be banned. Usernames condoning any crime will be banned. Names promoting any groups that condone such crimes including but not limited to Nazism and terrorism will be banned. A username that insults any person based on gender, race, skin color, religion, etc. will be banned. You will have to change your username to be unbanned. Repeat offenders will be given longer punishments or a permanent ban.

Any sort of vulgar names in username,email, game name, chat or any other place inside the game is not acceptable, if any player found doing such thing would be warned. If still he does not amend his ways that his account will be blocked forever(not banned).

On a case-by-case basis, heavier punishments may be laid out against repeat offenders. This can include but is not limited to longer ban times or permanent bans.

Any accounts shared online, with evidence of username and password shared (that is working), whether privately or publicly, will be banned. No exceptions.

By sharing your account with others, even to those you know in person, you risk getting your account modded or have hacks used on it. Any other person using your account to hack or mod it is not a defense against a ban on your account if valid evidence has been found, proving the account was used to hack. Blayze Games shall hold no responsibility in such cases.

Ignorance of the law is not a defense in challenging moderators’ decisions to ban you for a legitimate reason in accordance with these rules.

Use of Game Guardian

This has been mentioned separately before we have more number of cases for players using this and then getting their account blocked. So any person using this and getting his account corrupted, we are not responsible for this.

If any moderator is found misusing his powers, banning players without reason is liable for his removal of moderator tag.